How to Piss People off in Emails

Imagine you’re seeking information or clarification on something, so you fire off an email and nothing comes back. You wait a day, maybe two. Perhaps even a week later, zilch. Radio silence.What are you thinking? It’s a bit like being ignored. Actually, completely like being ignored and maybe you are.

Now, let’s look at this as if you’re the recipient. The sender may have requested copies/PDFs/figures/data etc and you just can’t get round to it at the moment. It’s really not the most important task on your ‘to do’ list. What with seeing clients, meetings, collating data for someone else blah, blah, blah, and there’s another 102 emails in your inbox that you have to sort through.

So, this is where ‘holding emails’ come in. Personally, I lerrrrvvvvve them. Here’s why: 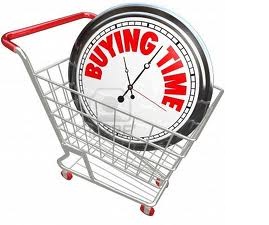 Buy time with a Holding Email

So here’s an example of how you’d write a holding email:

“Thanks for your email, Guy. I can collect the data that you need for Friday. Will that be OK?”

I know, holding emails aren’t exactly literary masterpieces. You don’t need to do an MBA to learn this but so few people write such vital messages.

Chances are that the suggested day will be fine.  If not, you can negotiate another time before someone throws a wobbly/their laptop at you. Habitually ignoring requests from colleagues will mean that you’re not a ‘go-to’ person and this will undermine their trust in you. The benefits of sending a holding email are as follows:

As you can see, they’re so simple and beneficial to both the recipient and author that there’s no reason why you can’t do them as soon as the moment arises.

2. Not addressing the recipient or avoiding a salutation

If you received message like this, would it strike you as diplomatic and assertive or aggressive and petulant? Would you want to make Pat a cup of tea or taser her?

Oh dear, Pat, did you get fired from Charm School?  I’ve changed names to protect the guilty. For your information, the slightly edited real message from a completely different company was the subject of a complaint about the author’s email etiquette, which resulted in her being fired for putting so many people’s backs up.

Notice, how she starts with no salutation: ‘Hi’ would have been fine if she was too angry to manage a ‘dear’. Then, she goes straight in for the kill.

No names are OK – sometimes

If you’re in an ongoing conversation on the same topic with an individual, we now often treat this as an Instant Message (IM), and go straight into what we want to say, rather than start with a greeting.  This is now considered the norm. Do remember though, that if you’re starting a new topic with the same person, begin with a greeting, which of course, should include the name of the recipient.

In a slightly longer email, mention the name again at the end. It gives the recipient a lovely warm glow of love in a completely professional way, of course, in the sense that there’s something more personal and direct about being named at the beginning and in the body of an email.

If you want something done, what better way than to have rapport because we’re more likely to do something for someone we like. Human nature. Of course, when that doesn’t work, you can put the pressure on, but that’s another ‘Tips ‘n’ Tools’ piece and not for here.

Even if you were to turn the heat up, I’d still use the person’s name at the end as it makes the message more direct, more personal.

WHY DO PEOPLE STILL DO THIS!!!!! DON’T YOU KNOW IT’S RUDE TO SHOUT!!! THERE’S ONLY ONE WAY I’LL HEAR CAPITAL LETTERS IN YOUR EMAILS…SHOUTY, AGGRESSIVE BEHAVIOUR BY SOMEONE WHO’S LOST CONTROL! AAAAAGH!

You can assert yourself through the power of direct and courteous language. If you need help, hey, you know where I am. SO JUST GET IN TOUCH! (or ‘just get in touch!’)

So now, you can look forward to being able to avoid those misunderstandings with ‘tone of voice’ in emails.

How to deal with phone snubbing at work

How to deal with phone snubbing at work

You can find out more about which cookies we are using or switch them off in settings.

This website uses cookies so that we can provide you with the best user experience possible. Cookie information is stored in your browser and performs functions such as recognising you when you return to our website and helping our team to understand which sections of the website you find most interesting and useful.

Strictly Necessary Cookie should be enabled at all times so that we can save your preferences for cookie settings.

If you disable this cookie, we will not be able to save your preferences. This means that every time you visit this website you will need to enable or disable cookies again.

Google Analytics to collect anonymous information such as the number of visitors to the site, and the most popular pages.

Please enable Strictly Necessary Cookies first so that we can save your preferences!